Tamoxifen is a non-steroidal antiestrogenic drug that also has a weak estrogenic activity. The mechanism of its action is due to the ability to block the receptors of estrogens. The metabolites of the drug and tamoxifen itself act as competitors for estradiol, linking to the cytoplasmic estrogen receptors located in the tissues of the anterior lobe of the pituitary gland, the uterus, the vagina, the mammary gland, and also in the tissues of the tumors. The receptor complex of tamoxifen, in contrast to the receptor complex of estrogen, does not stimulate the formation of DNA in the nucleus. It suppresses the cell division, as a result of which the tumor cells die.

Tamoxifen is well absorbed when taken orally. Its maximum serum concentration is reached within 4-7 hours after taking a single dose. Equilibrium concentrations of the drug are observed in the serum after about 3-4 weeks of treatment. Tamoxifen binds 99% to plasma proteins. The drug is metabolized in the liver with the participation of the CYP2C9 isoenzyme. As a result, several metabolites are formed. Tamoxifen is excreted in two phases: the initial half-life is 7-14 hours, the terminal half-life is 7 days. The drug is excreted mainly in the form of metabolites and mainly through the intestine. Only a small part of tamoxifen is excreted by the kidneys. 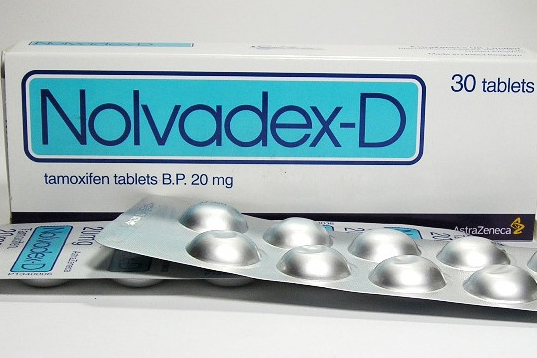 For treatment with Tamoxifen to have a positive effect, and there was no unpleasant symptomatology, it is necessary to follow certain recommendations during therapy:

Use during pregnancy and lactation

If you adhere to the information specified in the instructions, then during the gestation of a child to take Tamoxifen is prohibited. If you need to take the medicine during lactation, breastfeeding should be discontinued. According to the study, it became known that the active component of the drug has a teratogenic effect on the fetus.

Do not use Tamoxifen in the treatment of children and adolescents under 18 years of age. The fact is that there are no information regarding the safety and efficacy of the medicinal product to children.

in experimental studies, mutagenic and genotoxic effects of tamoxifen have been identified. During treatment, women of reproductive age should use barrier and other non-hormonal methods of contraception. Patients in the premenopausal period before the start of treatment should be carefully examined in order to exclude pregnancy. Patients should be informed of the risk to the fetus if the pregnancy occurs during treatment or within 2 months after the withdrawal of tamoxifen.

In some cases, tamoxifen, used to treat breast cancer, can cause suppression of menstruation in patients during the premenopause.

In the treatment with tamoxifen, an increase in the frequency of endometrial changes, including hyperplasia, polyps and cancer, is noted, therefore, when abnormal vaginal bleeding occurs during or after treatment, the patients should be carefully examined.

There is no data on the admission of tamoxifen or its metabolites into breast milk, but if it is necessary to use it, the patient is advised not to breast-feed. 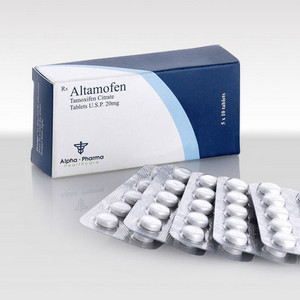